The regiment will experiment with social media and have therefore created a group on Facebook. The new channel will be used as channel of information about our activities. In this context, we urge the members here who are interested in The regiment or reenactment to join the group. We will be extremely grateful. 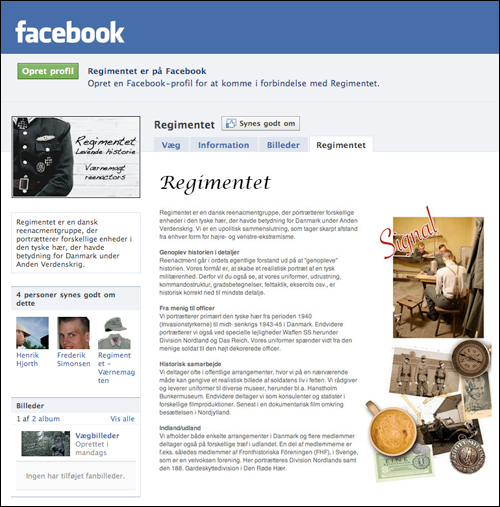 Our normal homepage will still run as normal but now there is a reserved area where you can see the number of members and 8 random profile pictures.
Regimentet

Regimentet has changed from a Waffen SS to a HEER reenactmentgroup.

Basically, Regimentet has the ability to portray many different divisions, because of our extensive range of uniforms. But in order to unify our uniforms for public events and to accommodate new members to purchase equipment, we have chosen to focus on some individual divisions within certain time periods during the war. Our primary unit is a 416th Infantry Division during the time period 1942-1944 when the division was an occupation force in Denmark. All members of the regiment must have a minimum of uniforms and equipment to reproduce an ordinary soldier in the 416th Infantry Division. Our secondary division is 198th Infantry Division, which was the main force in the invasion of Denmark in 1940. We also have some alternative impressions, where we may portray an officer staff with high-ranking officers or the Waffen SS, including the Danish volunteers.
Regimentet 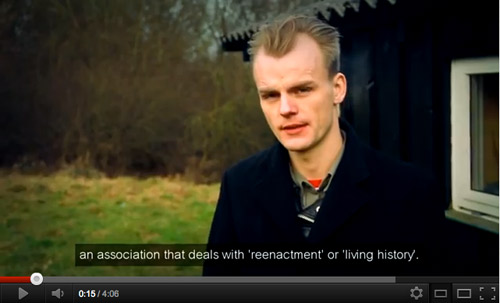 What is the reenactment or "living history" and what is it that makes it so interesting? Hear some of the Regiment members answer the questions. The film was shot in Denmark2012. We hope this movie will for the danish public give a little insight and understanding of our hobby.

Regimentet have just been used as extras in a music video, and during the filming we managed to get a lot of photos. 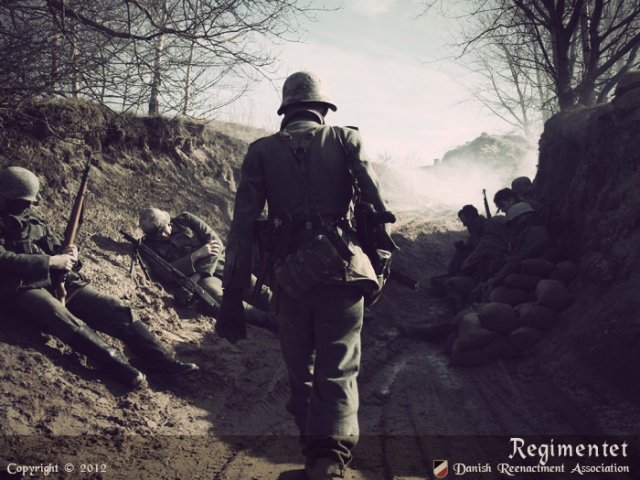 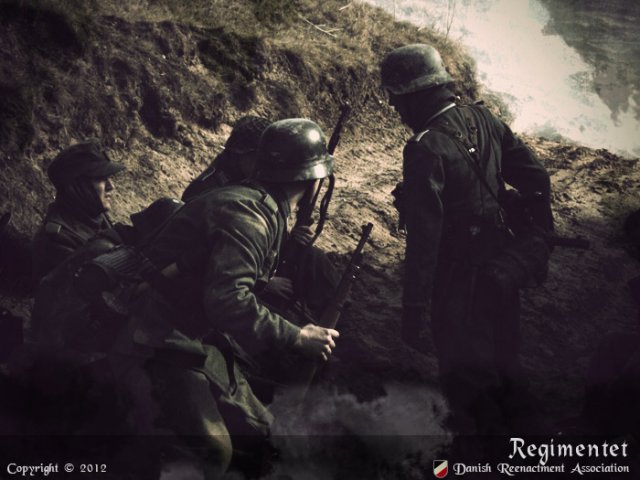 The rest of the gallery can be viewed here: http://reenactors.dk/site/billedgalleri/view/24
Top

Some really , really good pictures there guys , and nice to see everyone in field grey ! What is the reaction of the general public over in Denmark to your portrayal ?
Jäger Stefan Halle 3./I./Geb.Jag.Reg.100
Top

The reception is very good actually. And thats despite we were invaded, and occupied for five long years.
Some of us used to do Waffen SS earlier, but we eventually gave up because of the strong opposition against it. Now we do Heer and do really well.
We get lots of public events supported by museums and/or the government, movie productions, music videos, extras in lots of things. One of the benefits from being so public is that our activities got a seal of approval, so to speak. And we therefore got no problems with explaining our activities.
In Denmark, many of the SS volunteers ended up serving the nazi machinery, in Denmark. Some helping to arrest Jews for deportation, other as counter terrorist groups against our national freedom fighters, and some simply doing sabotage against their own population as part of the nazi terror doctrine. The name of Von Schalburg is synonym with traitors here in Denmark. Schalburgtage (Schalbug-terror) was what the Danes called German-loyal terror performed by Danes against their own people. It has also recently been proved that hundreds of Danish SS volunteers also ended up serving in the KZ camp system.
The ordinary Heer soldier, while still being the face of occupation, is not so directly associated with terror, here in Denmark.
Top

Next weekend Regimentet is going to attend the biggest WW2 event in Scandinavia (apart from the actual war of course..)

Alongside us are going to be several groups from around Europe. Including FHF of Sweden, Windhund of the Netherlands, 198th of Germany and FMH of Sweden & Germany. We're going to be around 55 guys, and the total number of reenactors have surpassed 200.

The location of the event is the actual historical headquarters of the German High Command in Denmark during the war. Because of this, we're recreating the Generals staff, complete with a Generaloberst and his officers staff.

You can read more about the event here: http://bunkerbynight.dk/ (Only in Danish, but try with Google translate)

Photos from a recent bunker event.
We lived for a weekend in a strongpoint on the northern part of the Atlantic Wall. Very impressive! Keep it up! Absolutely. We have many other groups or persons that come and visit at our events. Der Windhund of Holland, FHF of Sweden, Die Twote of Germany and 198ID of Germany to name some have all visited from time to time.
We actually got a big (not W&P big, but Scandinavia-big

) event in the end of August.
Top

That's great to know! Thanks

What are your planned events until next Spring?
Arthur

Return to “Your Reenactment Group”